OHMU is back with an insane tape release. rarely before have i met a band that bends the genres like they do. expect a mix between noise-jazz-experimental-rock. something you don't find often.

i had the great experience of playing and touring with them last summer. besides being a sick band, they also are wonderful people.

this was co-released between a bunch of labels, including Epileptic Media, Friendly Otter and Dark Matter Records. i have 18 copies plus 2 CDs they've released in JAPAN(!!!). 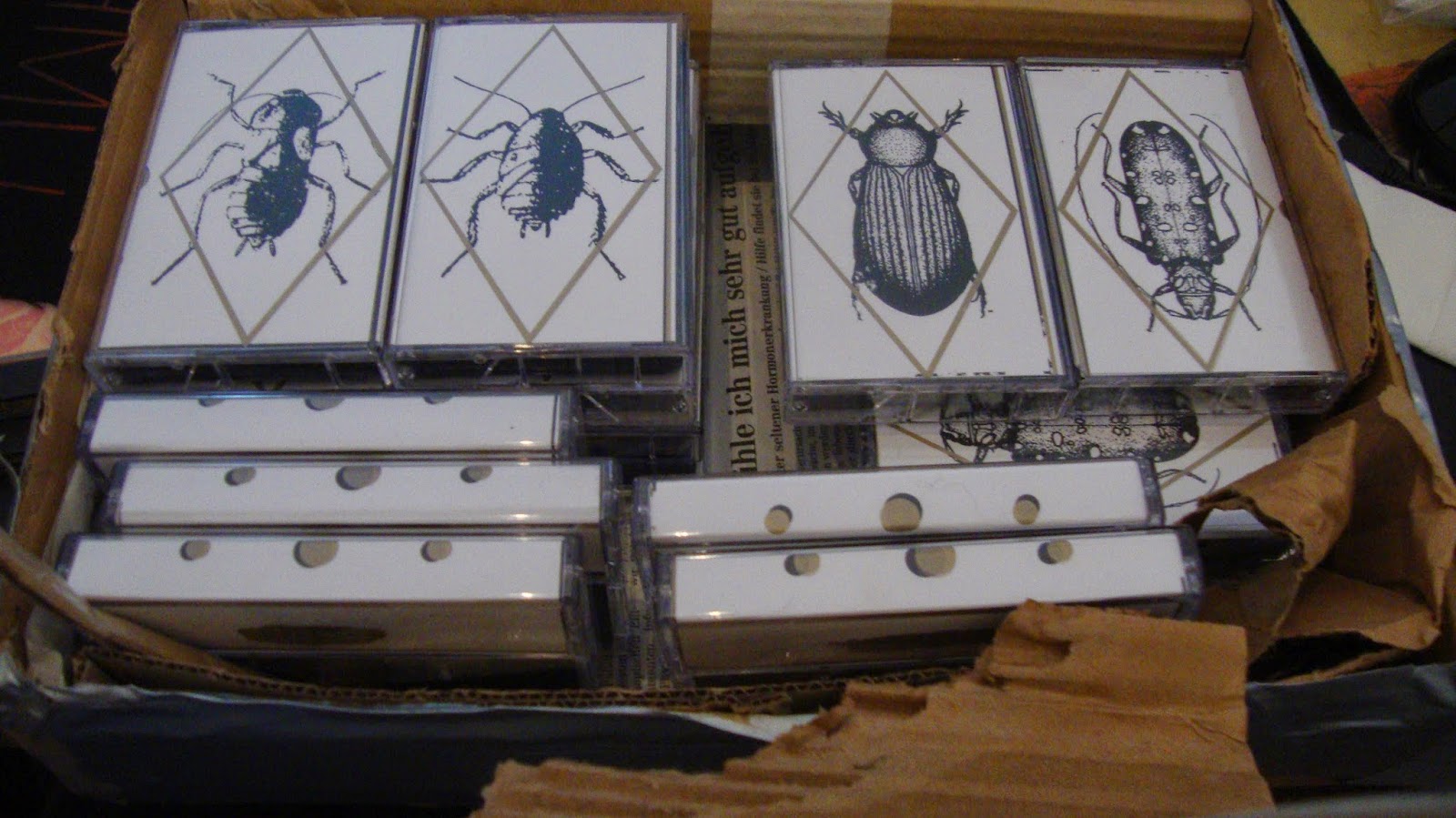 they are 4€/4$ each but if you get one before december 25th you can get it for only 3€/3$!
contact me if you are interested: fallintovoidrecs@gmail.com

one more tape out soon, i'll post pics as soon as i have them!
Eingestellt von fallintovoidrecs um 14:07